The Methodist Relief and Development Fund (MRDF) is continuing to respond to the humanitarian crisis caused by the conflict in Syria.

According to the UN High Commissioner for Refugees, nearly 1.3 million Syrians have now registered as refugees in Jordan, Lebanon, Iraq, Turkey and Egypt. Thousands more are fleeing the conflict every day and at present over 200,000 are still awaiting registration.

MRDF is responding to the crisis through the ACT Alliance (Action by Churches Together) partners, the global network of churches and related relief organisations. MRDF supporters have so far donated over £18,000 to its Syria Crisis Appeal. These funds will go to support the work of ACT member agency The Lutheran World Federation (LWF), which is working with Syrian refugees in Jordan.

Through a programme coordinated by its Department for World Service (DWS), the LWF has been providing relief and support for Syrian refugees at Za’atari Camp in collaboration with the Jordanian government since August 2012.

Since it opened in August 2012, Jordan’s Za’atari Camp has been a 24 hour-a-day operation.

This camp is now home to over 100,000 refugees, with more arriving every day. In a report on the situation, the ACT Alliance have said that the number of Syrian refugees is also putting pressure on national resources in Jordan including food, water, health, and education. This is contributing to increased tensions between host and refugee communities.

Prices of food and other commodities are constantly rising and many Jordanians blame the increasing Syrian refugee population for the soaring cost of living. Because of this, humanitarian agencies are planning programs to ease tensions between the two groups and to promote peaceful coexistence.

LWF have been working hard to provide shelter, camp management, psychosocial support and education services to improve conditions. Over the winter, LWF provided 2,200 winterised tents with cooking gas and prefabricated shelters. One of the main priorities was distributing warm garments for 33,000 people as temperatures dropped below freezing.

A safer place to play

One family who has benefited from LWF’s help is that of 55-year-old grandmother Omm Yaser. ‘We received the shelters during the rains, but before the snowfall. Our first night in the prefabricated shelter was the first night we felt safe and warm in Za’atari refugee camp’.

The shelters have also provided an alternative safe space to play for her grandchildren. Amjad, Yaser’s 30-year-old son, explains ‘We were always worried about the kids playing outside. The only outdoor spaces are basically in the street where camp vehicles are operating, making it dangerous for them to play. When we received the six prefabricated shelters, we arranged them to make an inner courtyard which became a safe playground for the children’.

Refugees in Syria, Lebanon, Jordan and Armenia still desperately need your support. Please give whatever you can to help agencies like LWF to provide life-saving assistance to those in greatest need. See website http://www.mrdf.org.uk

If you would prefer to donate by telephone using a credit or debit card, call 020 7224 4814. To donate by post, send a cheque made payable to ‘MRDF’ to MRDF, 25 Marylebone Rd, London NW1 5JR, stating your gift is for the Syria Appeal.

Summer concerts at South Cliff Methodist Church are already under way on a Monday night starting at 7.45 p.m. (Season tickets £25) £5 on the door or buy a ticket in advance for £4 or just arrive carrying a summer concert leaflet and pay £4. (Leaflets are available from Malcolm Peart  or John Hastings or Circuit Office, Westborough MC).

This Monday, June 17, we have Scarborough Music Centre with their Clarinet Choir and their Easy Band,  playing music from the swing era.

Please come along and support them.  All are welcome!

to be followed by a BBQ

Donations towards the cost are welcome. Any profits given to Farming Help charities

You are invited to a day conference on Celebrating and Growing the Rural Church from 10am on  Saturday 22 June at Wydale Hall.  This ecumenical day will look at ways we can have confidence in our rural churches, and how we can be a Christian presence in our communities.  Everyone is welcome to come, whatever denomination your church is, and whatever role you play in your church.

The keynote address will be by  Canon Dr Jill Hopkinson, National Rural Officer for the Church of

England, speaking about Confidence.  Howard Petch CBE, former Commissioner for Rural Communities will be talking on being an effective presence, and the Revd Graham Jones, National Rural Officer for the Methodist and United Reformed Churches, will be speaking about collaborative ministry and future mission.  Worship will be led by Andy and Jo Bowden of The Well, and there will be time to share what’s happening in your church.

There will also be a chance to attend workshops with:

To book a place, email training@yorkdiocese.org or call 01904 699504.  There is no charge to attend. Lunch will be provided, please do let us know if you have any dietary requirements.  Wydale Hall is the Conference and Retreat Centre for the Diocese of York, and is located at Brompton-by-Sawdon, Scarborough, North Yorkshire, YO13 9DG.

On Friday 21st June 2013 Priceholme will have been open for 50 years. To celebrate this, we are having a Thanksgiving Service at Northstead Church at 1.30 p.m. This will be led by Rev. Dr Keith Albans MHA Group Director (Chaplaincy & Spirituality).

We do hope that you will be able to come. Could you please let us know before Friday 14th June by telephoning Priceholme 361022

On Saturday 22nd June we are having a garden party at Priceholme. The day will start at 10.00 a.m. and finish about 4.30 p.m. There will be singers, musicians, games, charity stalls, B B Q at lunch time and Strawberry Cream Teas later.

It is going to be a busy and fun weekend and we really hope that it will be good weather. We do hope that you will be able to come especially to our Thanksgiving Service on Friday as it would be good to have the church full.

We look forward to seeing you then.

Christian Aid Concert  on Friday 21st June
at 7pm at Westborough Church
Tickets will be £5 on the door and the concert will include Hackness Ladies Choir, Barrowcliff School Choir, plus soloists Victoria Wright and Jamal Rahman. 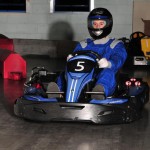 The evidence of youth Christian growth from the Mexico Rebuild shone through at a recent Sunday @ 8 service at Burniston Church which is a great encouragement to fund raise for the South Africa Rebuild – allowing more young people to have the opportunity to participate in a project that will encourage them in their faith, and thus cascade into their peer groups.

AT SCALBY METHODIST CHURCH
Want to deepen your Christian faith and explore what God might be calling you to do? Then Encounter might be for you!
Encounter is a programme of exploration into discipleship and vocation developed by the Methodist Church in Yorkshire. Through a variety of approaches it aims to help people know themselves better, to identify their gifts and explore various possibilities for all types of ministry and service. Find out more at this short taster session.
To book a place contact Julie Fairweather
tel: 01723 355429
email: nyc.circuitoffice@gmail.com